Legendary British Astronaut and Who Spent 185 Days in Space 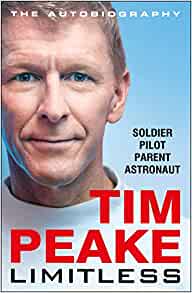 A famous British astronaut, Tim Peake is only the second-ever person to represent Great Britain on the International Space Station. During this mission, Tim became the first-ever British man to perform a spacewalk. Now working as a fantastic virtual speaker, Tim’s speeches are truly inspirational, and he can captivate audiences everywhere with his passionate and fascinating talks. Over the course of his time in space, Tim regularly conducted video calls back to Earth meaning he is well versed when it comes to the technological aspect of virtual speaking.

After beating more than 8,000 applicants, Tim was chosen as one of six people for the ESA’s astronaut training programme. A gruelling process followed with Tim taking a plethora of academic and fitness tests before graduating in 2010. Five years later Tim was chosen as one of the astronauts to embark on the Soyuz TMA-19M’s expedition 46 which launched in December 2015. He stayed on board the International Space Station for expedition 47 and in total spent over 185 days in space. During this time, he broke several records including becoming the first-ever British astronaut to perform a spacewalk and the first person to run the London Marathon in space. When booked as a virtual speaker Tim he can recall his space exploration experiences leaving audiences everywhere in awe.

Before beginning his career as an astronaut Tim spent 17 years in the military as a pilot. Serving as a platoon commander with the Royal Green Jackets, Tim became a qualified helicopter in 1994 and in total spent over 3,000 hours flying standing him in good stead for his time as an astronaut. Since returning to earth Tim has been involved in many projects including publishing four books about his time in space. As well as this he has worked as an ambassador for the Prince’s Trust and Scout Association alongside his virtual speaking work.

There are not many people in the world who have had the experiences that Tim has, making him one of the most in-demand virtual speakers in the industry. His inspirational stories can leave a big impact on all in attendance and virtual speaking gives him the chance to reach a wider audience.

Most recently, Tim Peake was inducted into the Top Virtual Speakers Available to Hire, a testament to his incredible achievements.

To enquire about Tim Peake for your next virtual event or webinar, simply contact The Online Speakers Agency via agent@virtualonlinespeakersagency.com or call a booking agent on 0203 9317 391.