One of the Longest-Held Hostage in UK History with 1,763 Days Captive in Beirut 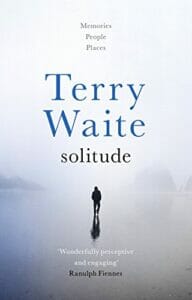 When Terry Waite is booked for webinars and virtual events, they are known to discuss the following speaking topics:

When Terry Waite is booked for webinars and virtual events, they are known to discuss the following speaking topics:

Terry Waite is a humanitarian campaigner who found himself at the heart of one of the most dramatic stories in British history. A former hostage negotiator who has experienced life in some of the most hostile environments in the world, he found himself captured in Beirut and held hostage for 1,763 days – making him one of the longest-held hostages in UK history. At his virtual speaking events, Tom can discuss this traumatic event in detail, demonstrating how he has been able to find positives in even the darkest of times.

Having spent years as a hostage negotiator in the likes of Iran, Libya, and more, in 1987 he’d begun negotiations with the Islamic Jihad Organisation. Upon visiting the hostages, he was kidnapped and spent almost five years in captivity, most of which was in solitary confinement with his arms and legs chained. Finally released in 1991, he visited his captors in 2012 to forgive and reconcile with them, demonstrating remarkable humility.

Terry’s early career saw him travel extensively, particularly in Africa where he worked as an advisor to the Archbishop of Uganda, Rwanda, and Burundi. His work also saw him act as an international consultant for the Medical Mission Sisters, a division of the Roman Catholic Church. Based in Rome, he travelled around the world including Australia, New Zealand, Asia, and South Africa helping with health and education.

Alongside his fascinating virtual speaking events, Terry has also seen his story immortalised in his best-selling book, Taken on Trust. Terry’s story is one of resilience, overcoming adversity and mental strength, all qualities he can discuss in his capacity as a virtual speaker. Audiences will come away awe-struck at Terry’s bravery, modesty, and above all astonishing mindset.

To enquire about Terry Waite for your next virtual event or webinar, simply contact The Online Speakers Agency via agent@virtualonlinespeakersagency.com or call a booking agent on 0207 1010 553.