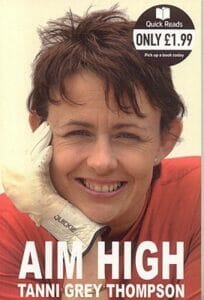 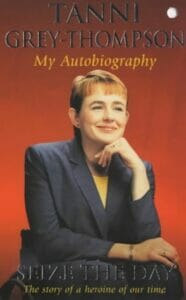 Seize The Day: My Autobiography

When Tanni Grey-Thompson is booked for webinars and virtual events, they are known to discuss the following speaking topics:

Seize The Day: My Autobiography
Topics

When Tanni Grey-Thompson is booked for webinars and virtual events, they are known to discuss the following speaking topics:

One of the greatest Paralympians of all-time, Tanni Grey-Thompson won a staggering 16 Paralympic medals during her record-breaking career. The Welsh Paralympic sprinter competed at five Paralympic Games, winning eleven gold medals along the way, not to mention her two World Championship golds. Since retiring from competing, Tanni has been a huge supporter of disability sports using her position as Baroness in the House of Lords to promote opportunities for disabled athletes. An inspirational virtual speaker, Tanni regularly discusses topics including peak performance, overcoming adversity, and equality.

Born with spina bifida, Tanni has been a wheelchair user for all her life. She began her sporting career at the Junior National Games in her native Wales in 1984. The first of her five Paralympic appearances came four years later when she won a bronze medal in Seoul. Tanni’s Paralympic medal haul came soon after winning medals of all colours and in a variety of distances. She has also finished the London Marathon in first place six times.

Over the course of her career, Tanni has won countless awards and earned a whole host of accolades alongside her plethora of sporting titles. This includes being named the Welsh Sports Personality of the Year on three occasions in 1992, 2000, and 2004. As well as this, she won the Lifetime Achievement Award at the 2019 BBC Sports Personality of the Year Awards, recognising her decades of excellence in disability sport. Tanni’s status transcends sport and in 2010 she was inducted into the House of Lords as Baroness Grey-Thompson. Combining politics with her sporting passion, at her virtual events Tanni can use the skills she’s learned throughout her career to inspire audiences to succeed in everything they do.

Now, Tanni can be found beating the drum for a range of great causes sitting on the board for the National Disability Council and Sportsaid Foundation, as well as chairing the Women’s Sports and Fitness Foundation Commission on the Future of Women’s Sport. In her role as a virtual speaker, Tanni regularly provides inspirational talks to audiences, using her own achievements to help audiences fulfil their goals.

Most recently, Tanni Grey-Thompson was inducted into the Top Virtual Speakers Available to Hire, in acknowledgement of her ground-breaking achievements within her sporting career.

Tanni Grey-Thompson is regularly booked to engage audiences at virtual events, read their latest feedback below:

“Very engaging and open about her experiences. She had some very clear messages. Tanni was also very funny, and giving of her time.”

“Tanni gave a real insight into what it takes to be a top athlete and to remain there for 16 years – an inspiration to all present.”

“The presentation was outstanding. A talk that met the aims of the conference. The audience was completely engaged.”

“Tanni was great and her presentation very well received so overall a great result.
Thank you to you and your team for helping make it happen.”

To enquire about Tanni Grey-Thompson for your next virtual event or webinar, simply contact The Online Speakers Agency via agent@virtualonlinespeakersagency.com or call a booking agent on 0203 9317 391.