You Can't Hide the Sun: A Journey Through Palestine 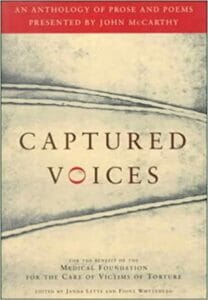 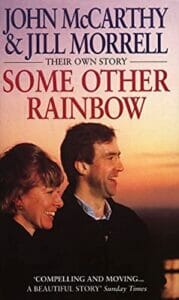 When John McCarthy is booked for webinars and virtual events, they are known to discuss the following speaking topics:

You Can’t Hide the Sun: A Journey Through Palestine

Some Other Rainbow
Topics

When John McCarthy is booked for webinars and virtual events, they are known to discuss the following speaking topics:

1,934 days. Five years of mental and physical torture. Upon his release, John McCarthy became Britain’s longest surviving hostage victim. While fighting for survival, he discovered the lengths of his mental resilience, a core topic of his online motivational speeches. Since bursting onto the speaking circuit, he has revealed the secrets of his captivity, including the power of courage, teamwork and self-motivation when faced with an uphill battle.

John worked as a journalist for several years, testing his luck in some of the world’s most dangerous environments. With tensions running high in Beirut, he was kidnapped by Lebanese extremists while on the way to the airport, marking the start of his five-year ordeal. John’s prison was a small dark room, his cellmate, the Irish lecturer and philosopher Brian Keenan. During years of torture, he experienced both devastating lows and small glimmers of hope, like his unlikely friendship and the time guards sung him “happy birthday”. When John is booked for events, he reflects upon these moments with powerful honesty.

Cutting through the traumatic experience, John found comfort in Brian, Beyond the Euphrates by Freya Stark and his blanket, which protected him from mosquitos. His speeches discuss the factors that got him through his captivity, including his mental resilience and determination in the face of hopelessness. John can empathise with the topic of loneliness and relate to victims of bullying, leaving audiences with a new lease of life at virtual events.

Since becoming a free man, John is now a Patron of The Medical Foundation for the Care of Victims of Torture. He can sympathise with the torture of imprisonment and lifelong effects of violence, which impact victims long after the scars have healed. Using his own story, he inspires sufferers to look to the future, and carve a better life with the help of the foundation. At virtual events, John supplies audiences with a new outlook on trauma and arms them with the mindset needed to overcome personal challenges.

John McCarthy is regularly booked to engage audiences at virtual events, read their latest feedback below:

“John Exceeded our expectations – he had over 200 photographs taken and in everyone he smiled! The presentation itself could only inspire others.”

“Very professional and natural presentation style. Articulate and humorous in delivering this horrific and arduous recollection of events. Excellent feedback from clients attending.”

“For many people, John’s speech was the highlight of the conference. The key word that was used to summarise his speech was “inspirational”. He captivated the entire audience and commanded their full attention with his powerful story from beginning to end.”

To enquire about John McCarthy for your next virtual event or webinar, simply contact The Online Speakers Agency via agent@virtualonlinespeakersagency.com or call a booking agent on 0207 1010 553.