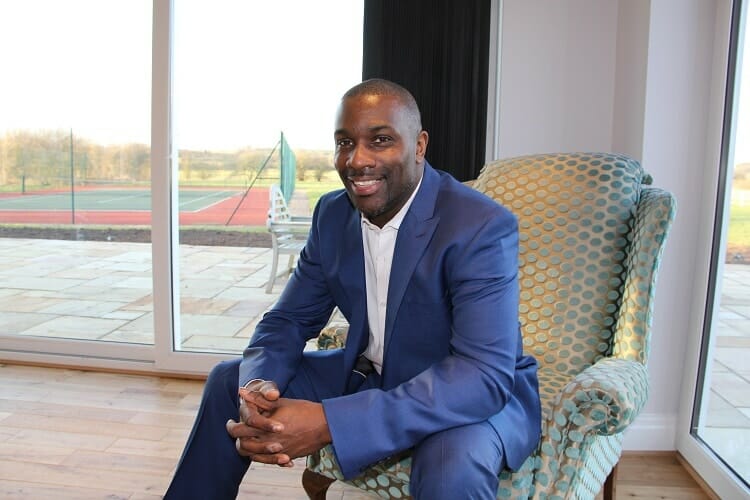 Sport Is A Business - Business Is A Sport

When Derek Redmond is booked for webinars and virtual events, they are known to discuss the following speaking topics:

Sport Is A Business – Business Is A Sport
Topics

When Derek Redmond is booked for webinars and virtual events, they are known to discuss the following speaking topics:

Derek Redmond is widely remembered for his talents as a former elite sprinter. Performing at the top of British athletics, Derek won gold medals at the 1986 European Championships and the 1991 World Championships. He was also able to achieve the British record for the 400m sprint, continually wowing the crowds with his agile sporting victories. Unfortunately, Derek is also widely known for the moment of tragedy at the 1992 Barcelona Olympic Games. Mid-race, Derek tore his hamstring and was left limping to the finish line. With help from his father and pure determination, Derek crossed the finish line, and the moment has since gone down in history.

Having a strong interest in sports from a young age, Derek first burst onto the scene of British athletics back in the 1980s. Before long it was apparent that Derek was one of the country’s best athletes, and in 1985 he broke the British record for the 400m sprint. From the early days of his career, Derek built a strong fan base, and he was soon competing in large competitions such as the 1986 Stuttgart European Championships, 1987 Rome World Championships and the 1991 Tokyo World Championships.

After his terrible injury, many people questioned whether Derek would be able to return to his beloved sport. Unfortunately, Derek was forced to leave his career behind in athletics but with determination began to pursue other sports that he liked. After retiring from athletics, Derek went on to become a professional basketball player, playing for the team the Birmingham Bullets. Other prominent roles include being the Director of Development for Sprint and Hurdles for UK Athletics and the Group Performance Director for Thomas International.

Derek is now highly sought as a motivational online speaker, delivering his wisdom of elite sport to various virtual audiences. After overcoming great adversity, Derek uses his personal experiences to inspire guests of virtual events to tackle their own problems head-on and continue to have determination and perseverance. Covering topics such as peak performance, maximising success, goal setting and drive, Derek Redmond is the ideal speaker to motivate virtual event attendees.

Most recently, Derek Redmond was inducted into the Top Virtual Speakers Available to Hire, in recognition of his remarkable sporting career.

Derek Redmond is regularly booked to engage audiences at virtual events, read their latest feedback below:

“Derek Redmond bravely making it through with little help, moments of euphoria after years of hard work. Moments when the human spirit triumphs over injury that should have been impossible to overcome”– Barack Obama

“Derek was absolutely amazing! He inspired our whole team with his ambition and determination to never give up. He is a fantastic storyteller – we were all on the edge of our seats when he shared footage from the 1992 games. The content was relevant and well delivered. Thank you so much for being a part of our virtual off-site!” – Rav, Business Associate, Snapchat

“I would like to thank you very sincerely for your contribution to our KAM Summit, Dubai. It was really uplifting, enlightening and inspiring. This was truly one of the key highlights of our event. Not only your ambition, passion and determination is commendable, but your true spirit of “inspiring people and changing mindsets: From world class to world’s best is highly regarded and appreciated, once again, thank you so much for your remarkable contribution” - Khaled, Johnson & Johnson

To enquire about Derek Redmond for your next virtual event or webinar, simply contact The Online Speakers Agency via agent@virtualonlinespeakersagency.com or call a booking agent on 0203 9317 391.