Entrepreneur and businesswoman best known as an investor on Dragons' Den 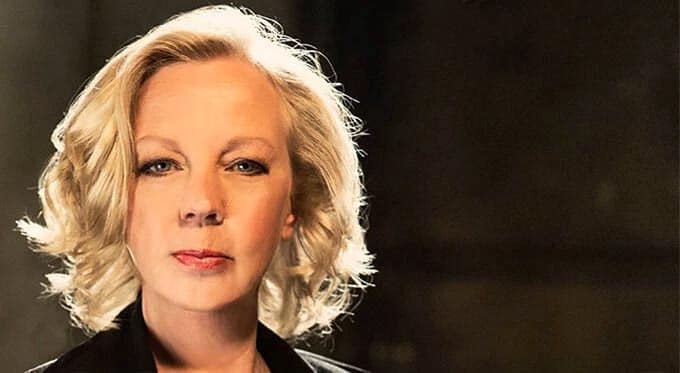 Common Sense Rules: What You Really Need To Know About Business

When Deborah Meaden is booked for webinars and virtual events, they are known to discuss the following speaking topics:

Common Sense Rules: What You Really Need To Know About Business

When Deborah Meaden is booked for webinars and virtual events, they are known to discuss the following speaking topics:

Businesswoman Deborah Meaden is best known for being one of the investors, otherwise known as dragon, on the BBC 2 programme Dragon’s Den. Outside of the renowned business programme, Deborah has also forged a reputable career with many of her own start-up businesses and investments. She is widely known for owning Stefanel textile franchises, owning Fox Brothers and launching the Merchant Fox. She also built her expertise through running family business Westar Holidays which raked in almost £11 million. Throughout her career she has invested in over 60 different businesses, using her own business prowess to help others make their own successes.

After studying business at college and working as a sales-room assistant, Deborah’s entrepreneurial journey began when she was just 19 years old. Beginning her career, Deborah founded her own glass and ceramic company and took the huge leap of moving to Italy. Unfortunately, Deborah’s first company failed just 18 months into operation, yet she did not let that stop her ambitions as a businesswoman. She later went on to purchase a Stefanel Textile franchise before making her fame with management buyout at Weststar Holidays.

Deborah first made an appearance on the screens of BBC Two back in 2006, joining the cast of Dragon’s Den as an investor. She has appeared on the show ever since, making investments of up to £3.3 million to help budding future entrepreneurs. She has also been sought to appear on several other TV programmes, including the likes of Loose Women, Pointless, Lorraine, Daybreak, Room 101, Good Morning Britain, The Chase: Celebrity Special and Strictly Come Dancing to name but a few. Taking part as a contestant in Strictly Come Dancing, Deborah left behind her business suits and clothed in sparkles reaching week five of the show before elimination.

Today, Deborah is highly sought as a speaker for online events putting to use the knowledge and skills she has built throughout her career to deliver speeches. A highly successful entrepreneur, Deborah knows what it takes to succeed in business and provides virtual audiences with actionable takeaways to make their own ventures a success. Having spent years in front of a camera, Deborah is a confident virtual and online presenter who is able to command an online event with ease. Covering topics such as leadership, change management, retail, planning and pitching, Deborah Meaden is the perfect choice for an online speaker for your next virtual event.

Deborah Meaden is regularly booked to engage audiences at virtual events, read their latest feedback below:

To enquire about Deborah Meaden for your next virtual event or webinar, simply contact The Online Speakers Agency via agent@virtualonlinespeakersagency.com or call a booking agent on 0207 1010 553.